Get Manually written and Real Social Media Shares for your YouTube video and increase ranking. You can decide between Social Media Mix, Facebook or Twitter. And it gets even better, because Real views are included in the campaign. 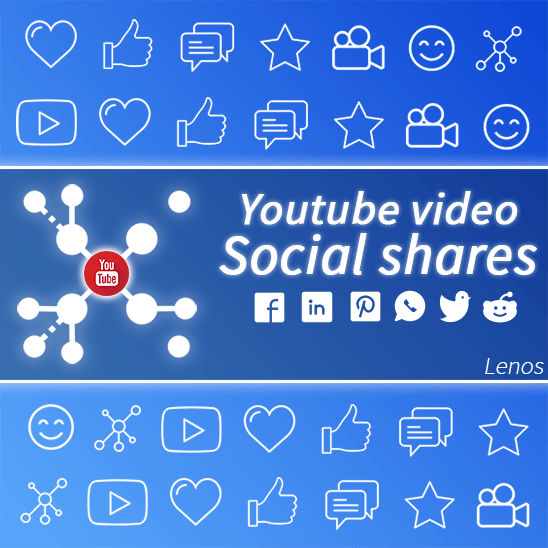 Social media Shares for your video

• Proven way to improve the rank of your video

• You will get a report at the end

• Order will take up to 10 days to complete and shares will be visible in your video analytics 2-4 days after delivery (the time necessary for YouTube to update data!)

• Please note: these shares will not generate a lot of direct traffic from social media. Video is shared mostly on private feeds. The main purpose is video SEO.

With this service, your video will be shared on several high authority social media platforms to increase the ranking. The unique aspect of these shares is that you can decide which social media to target and each package will include several manually created shares, which are rich of relevant content – and not just a simple share of your video link.

This means that the social media posts we create will be indexed by Google, providing a slow but permanent ranking boost and a potential wider reach for your videos.

Generally speaking, the shares provided include manually written social media posts with relevant content on and automated shares on private social media feeds. As for the latter, your video will be shared only from accounts or IP’s from the country you selected. This is especially useful if your audience is mostly from one country or if you want to get views from a specific country.

Let’s say you create videos in english and a good percentage of your audience is from the US, then you should buy “English Countries” Social Shares and the automated shares will be only from accounts located in native english countries.

YouTube loves when its videos get shared on social media because shares “steal” traffic from competitor social media’s, other than being a signal of video appreciation from users.

As you see, there are three options. The difference may be self-explanatory, but let’s have a look more into detail to eventually help you decide. (Hint: if we have to recommend just one, then go with social media mix!)

Facebook, since many years, is one of the main competitors of YouTube and that is why YouTube loves when your video gets shared on Facebook, as it is an opportunity to “steal” traffic from the competitor. This is why we decided to include the option to buy Facebook shares only.

If you purchase this package, the video receives shares of the video on hundreds of private feeds which increase the authority of the video.

But, and this is the best part, we will also create content-rich manual posts with high engagement on real Facebook pages.

What does content-rich means? It means that we won’t simply share the plain link of the video, but we’ll create proper Facebook posts with written text related to the video topic, images, hashtags and emoji’s.

And why high engagement posts? Because, after your blog post is published, real people will engage with it by liking it and/or commenting on it, by providing a further boost.

So, if you buy Facebook only shares, the video receives both manual posts on Facebook pages and shares on dozens of private feeds. To check the growth – in addition to YouTube Analytics – you can use the website ‘SharedCount’ (the one used in the second screenshot) which, by inserting the video link, shows the live number of Facebook shares and engagement

You will also receive a report with the links to some of the manual posts, which will also show up on google search (indexed) soon. We know as per experience. 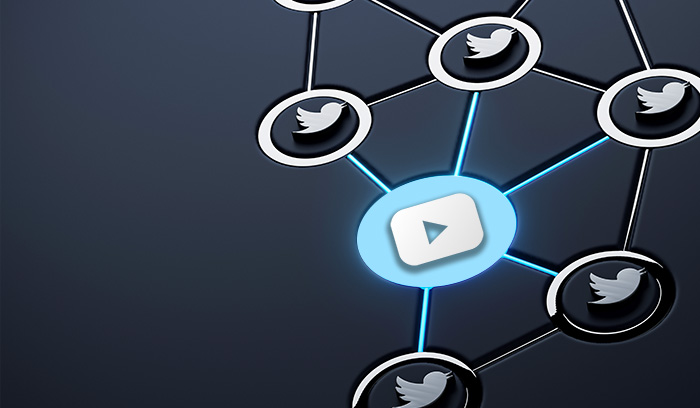 Twitter is known as a social media used to share information, with a fair amount of businesses and political figures using it as their main channel of communication.

This and the fact that the average age of a Twitter user is the highest among the most popular social media’s, makes of Twitter a more “serious” media outlet compared to other social media’s such as Facebook, Twitter, and Instagram. It is hence a great fit for the promotion of videos about serious or high-end topics.

The Twitter only shares we provide are very similar to Facebook. Meaning a large amount are automated and private (yet they show up on YouTube analytics) and – cherry on top of the cake – several shares are written manually and are made public.

Also for Twitter shares, high-engagement is guaranteed, with the manual tweets receiving an extra boost of likes and retweets! As per the content, it will be of course be less than Facebook, since Twitter allows a limited amount of characters for each tweet.

You can also opt out for the Social Shares Mix option. In this case your video will be shared on the following social media platforms:
Facebook, Whatsapp, Twitter, Pinterest, Tumblr, LinkedIn, VK and more.

As per the manually created social media posts, a blog post on a real website is made. The other social media used vary depending on the amount ordered and randomness, but may include manual social media shares – with link provided inside the report – on the following: Pinterest, Tumblr, Blogspot, WordPress, Livejournal, Plurk, Flipboard and more.

This is our favorite option and the one we suggest, if you asked us to choose just one among the three solutions provided.

Below also a sample screenshot from the analytics. 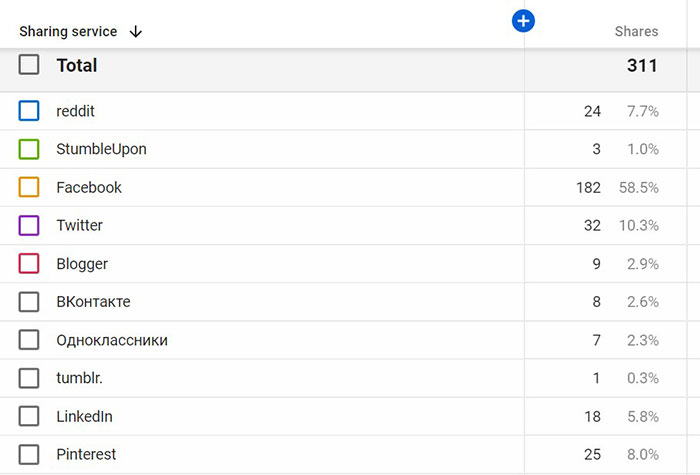 What are the best packages?

As previously stated, in our opinion the best and most effective package is the social media mix, which includes variety from the most popular social media’s and several manual posts including a blog post on a premium domain. The Facebook one is great too, which is probably the most powerful social media when it comes to YouTube algorithm. Twitter is a good fit for videos with business and high-end related topics.

Will these shares help to rank my video?

Based on our testing and experience yes, these shares help your video rank after a few weeks. It was also proved in some case study (the one we mentioned earlier).

How many shares do I need?

We suggest you to buy a natural amount of shares. If your video doesn’t have many views, 200 are enough, but the more, the better ranking of course.

Get your videos shared on most popular social media

Benefits in buying our Social Shares

None of the information you enter while shopping on Lenos can be viewed by third parties nor is shared with them. The shares are visible just to your statistic and we justify them with real views delivered at the same time. You can shop with confidence, because no one one will know that you bought shares. Not even YouTube.

All your personal information and card details will be encrypted with 256 bit SSL to create a 100% secure purchasing environment.

YOU DECIDE
which social media video will be shared to

REAL
Not fake stuff. We will actually manually write posts